To breathe... it sounds so simple, doesn't it?  Most don't even need to think about it; however, the pandemic has shone a light on just how devastating a disease can be that takes away our ability to breathe without thought.  Yet, there are other diseases for which there is no hope for recovery, or a vaccine to protect us, and where there are so few treatments to help ease suffering.  Pulmonary Fibrosis (PF) is one of these diseases and there is very little awareness of what is a terminal condition, yet the number of people suffering from this in the UK is approximately 70,000.  These people need our help, they need understanding, they need treatments; they need hope.

PF is a disease that directly affects the lungs via scarring. It means that someone living with PF finds it progressively more difficult to breathe as the disease worsens. This happens because the lungs become stiff and less effective at absorbing oxygen into the body , which worsens until you cannot breathe. Few are aware of the severity of this condition and whilst it is very difficult for doctors to give a life expectancy for the disease, as it varies in each individual, the average life expectancy is shockingly between 3-5 years from diagnosis. Whilst there are some treatments to slow the progression of the disease, these are very expensive and mostly unavailable on the NHS or heavily restricted by stringent NICE criteria. Sadly, there is no cure and thus little hope for those touched by this most brutal disease.

Like many, I knew nothing about PF until the earth-shattering day when my dad was diagnosed. September is Pulmonary Fibrosis Awareness month; to support the charity that helped my family so much, I would like to take a moment to share my dad's story: -

My dad, William McCleary, was always a very fit and active individual. Without training he ran a half marathon, he would at times cycle to work (from Stafford to Cannock and back in his 50's!) and he also had a passion for his motorbikes. In 2015, we had a shock, my dad at 66 needed major heart surgery; it was very successful, and we were extremely relieved and happy.  Yet in the weeks and months that followed, he was struggling to recover, had developed a cough, was constantly tired, lacking energy, and just not himself.  He went through many medical appointments for test after test to try and find out why he was finding it so difficult to recover.  Eventually, he was diagnosed with Idiopathic Pulmonary Fibrosis (IPF). 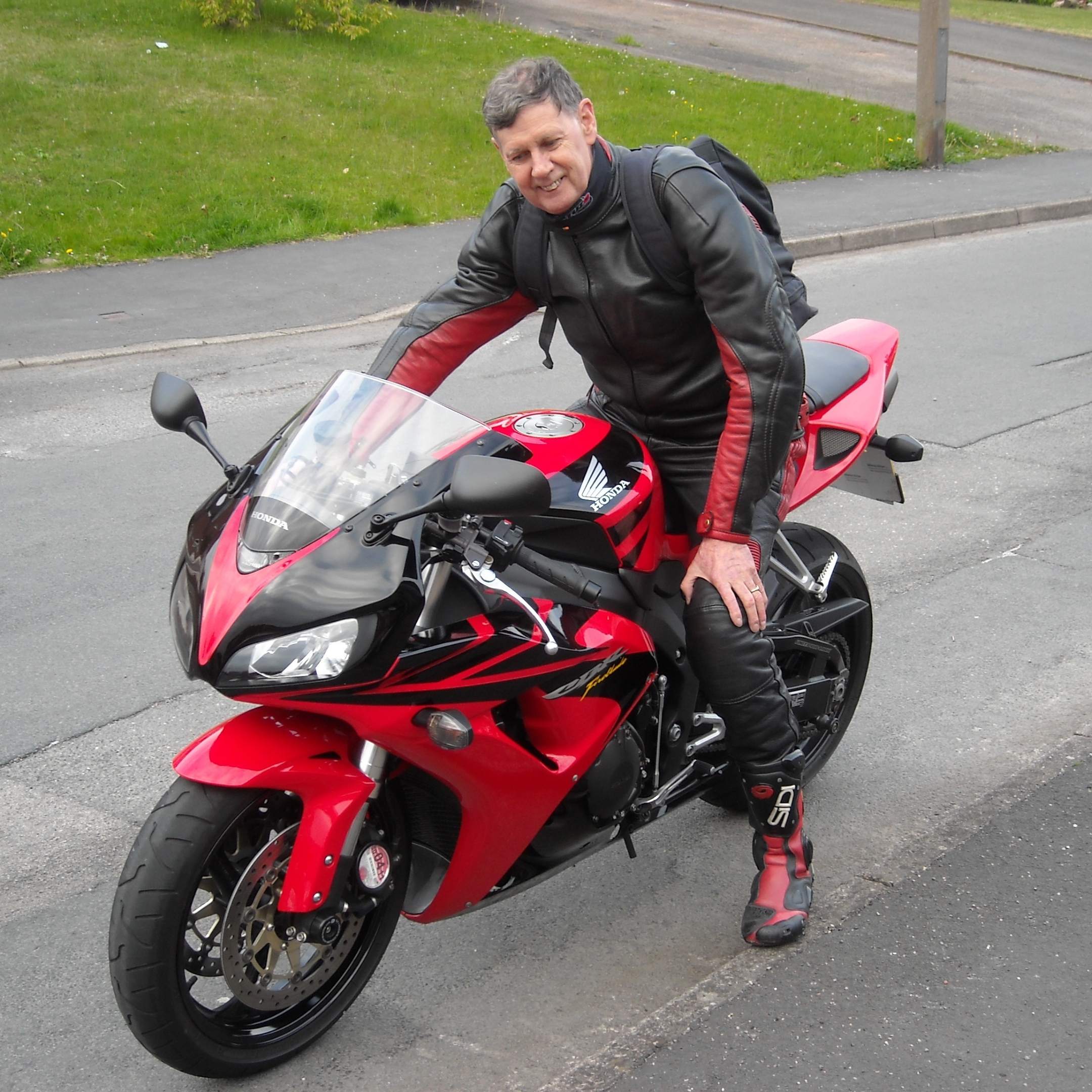 So what is IPF? IPF is the description given when doctors have no idea what the root cause of the disease is.  We began our research into the condition and quickly learned the hard truth that this was a terminal condition, one that would get progressively worse. My dad to his huge credit took all this in his stride, he stayed as active as he could for as long as possible and continued to support his family and friends. He carried on enjoying life and even took up playing crown green bowls, which he was very adept at. He continued this even whilst requiring a portable oxygen tank to assist him.

As the doctor appointments passed by, we were told that there would be no therapeutic treatments available for our dad to help slow the progression of the disease. In a few short years my dad became reliant on oxygen supplementation, requiring it to be piped around the house just to enable him to move between rooms.  Going out now meant being pushed around in a wheelchair with his oxygen tank, which is not easy for anyone to accept, let alone someone who had always been so active and independent like my dad. In 2019, just three years after being formally diagnosed, our dad passed away due to this indiscriminate and merciless disease.

Action for Pulmonary Fibrosis were there to offer my dad, indeed all of us, critical advice and support when we needed it most.  They truly are an amazing charity helping to raise awareness about this condition in the local communities and with healthcare professionals, in the hope that diagnoses are made earlier and treatment can be offered.  Action for Pulmonary Fibrosis is trying to raise awareness across the UK about this disease and to fund ground-breaking scientific research into treatments, and hopefully one day, a cure.

Nowell Meller support various well-deserved charities each month and the eagle-eyed amongst you may have noticed that this week they have changed their brand colours to match those of Action For Pulmonary Fibrosis. In addition to this Nowell Meller also had a staff dress down day on the 24th September to wear purple to raise awareness and support for this charity and those affected. I have included a link to the charity if you would like to learn more and help share this with others. It is critical that we raise awareness about this fatal and merciless disease; sharing our stories and this information is just one small step to building a better future for all.

I thank you for taking the time to read this article and I know like us, my dad was hopeful that one day further treatment options and even a cure may be found to help provide a brighter future for all those affected by PF.

How can we help?

Assets are no longer just things you can pick up and move about, in the dawn of the digital era we must look to our online lives and assess what has value, be it monetary or sentimental and whether we have ownership of such assets or simply a licence to use...

“NEVER TAKE FOR GRANTED WHAT YOU HAVE AND ALWAYS REMEMBER IF YOU ARE STRUGGLING THERE IS HELP OUT THERE THAT YOU CAN GET WITHOUT ANY JUDGEMENT JUST SUPPORT, RESPECT, GUIDANCE, AND STABILITY” The Gingerbread Centre is one of the many...

Some cookies are essential, whilst others help us improve your experience by providing insights into how the site is being used. The technology to maintain this privacy management relies on cookie identifiers. Removing or resetting your browser cookies will reset these preferences.